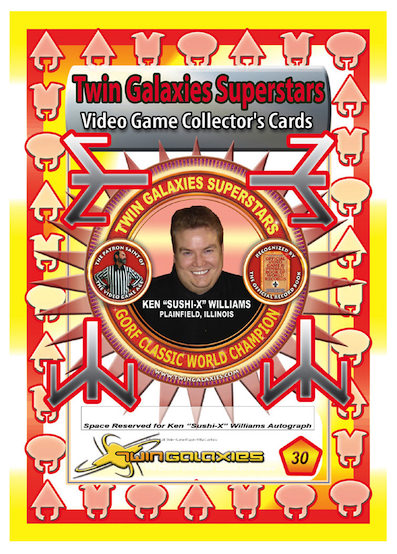 Our next Trading Card Spotlight features Ken Williams, A.K.A “Sushi-X”, who currently is displayed on card number 30, from the Superstars of 2011 Collection.  Ken was on the staff of Electronic Gaming Monthly in the early 1990’s.  In 2006 Ken, along with Terry “Trickman” Minnich, founded the website VGEvo.com which was followed by Retroids.com.  Ken has been and still is a huge supporter of the video game culture and has helped many charitable causes such a “Child’s Play” and “Extra Life”.   Some of Ken’s all-time favorite games include Street Fighter and Bubble Bobble.

Integrity, humility and bravery. At least, that’s what it used to take so you could write about games objectively without political agendas. I’m allergic to political correctness, so I avoid much of the industry today. 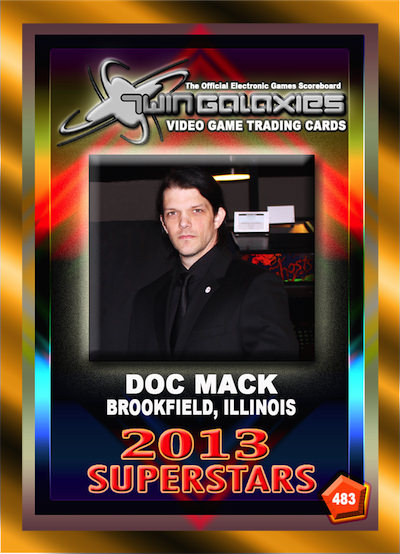 Our next Trading Card Spotlight features Doc Mack who currently is displayed on card number 483, from the Superstars of 2013 Collection.  Doc is the owner of an arcade in Brookfield, IL called The Galloping Ghost Arcade.   This is not your ordinary arcade of today; Doc has around 500 arcade machines up and running for all to play.  It is the biggest arcade to date in the United States.  You can play old classics such as Galaga and Pac-Man or play some games of today such as The Grid, or Mortal Kombat X.  Doc is also the owner of Galloping Ghosts Productions which is currently working on the arcade game Dark Presence.  His company designs and builds arcade games for other arcades in his area.  Doc is a huge supporter of local and out of state video game events brining his personal machines for people to enjoy and try to break records on.

I remember the first day my Dad brought home Pong and playing it for hours and hours.  In the arcades, Asteroids was the first game I ever played.  I remember being amazed to be out of the house playing and able to play video games. 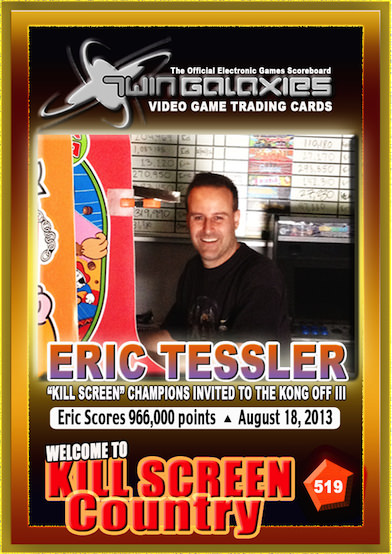 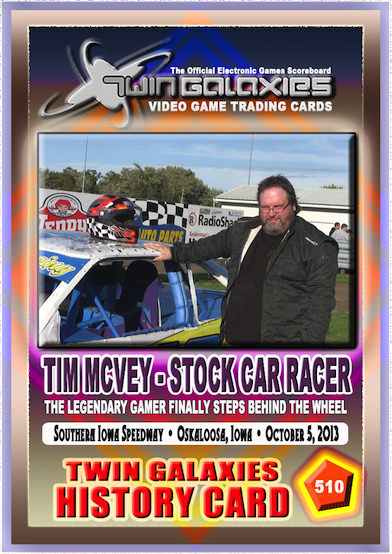 Our next Trading Card Spotlight features Tim McVey who currently is displayed on card number 56, from the Superstars of 2011 Collection.  He is also featured on cards 162, 510, 612, 2095 and 2304.   Tim is an avid game player starting from the early 1980s in Ottumwa, Iowa.  Tim is well known as the first player to score a billion points on a little game known as “Nibbler”.  On January 28th, 1984, Ottumwa, Iowa proclaimed “Tim McVey Day” to honor this record accomplishment.  Tim still has the original arcade game in his house today.  Tim’s wife Tina also has been honored on a Video Game Trading Card, number 230, for her hard work on such events as the Video Game Hall of Fame 2010, Big Bang 2010 and multiple ICON events in Fairfield Iowa.  Tim has also been inducted into the International Video Game Hall of Fame Class of 2015.  He will be honored in Ottumwa, IA this summer at the Hall of Fame induction ceremony. Tim has a documentary coming out to the public in 2016 on his life and Nibbler experiences throughout his career, called “Man Vs. Snake”.

Do you learn anything from playing vdeo games?

Absolutely. I think video games teach many things. Problem solving and perseverance are two of the big ones. Sometime you have to look at things differently in order to get past/beat them. And if you quit the first time you fail...you won't play video games too long. Team work is another one, and communication. It's essential to winning many online team based games. League of Legends. DOTA 2. Call of Duty. Clash of Clans, to name just a few. 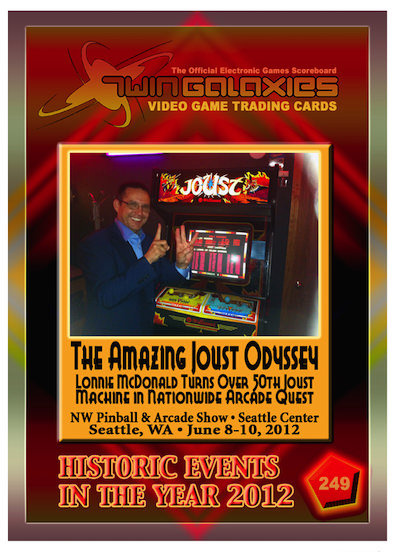