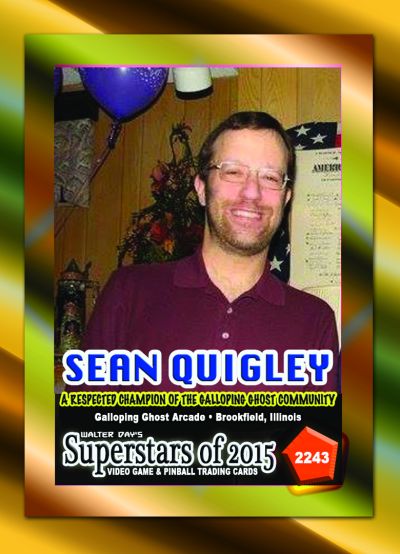 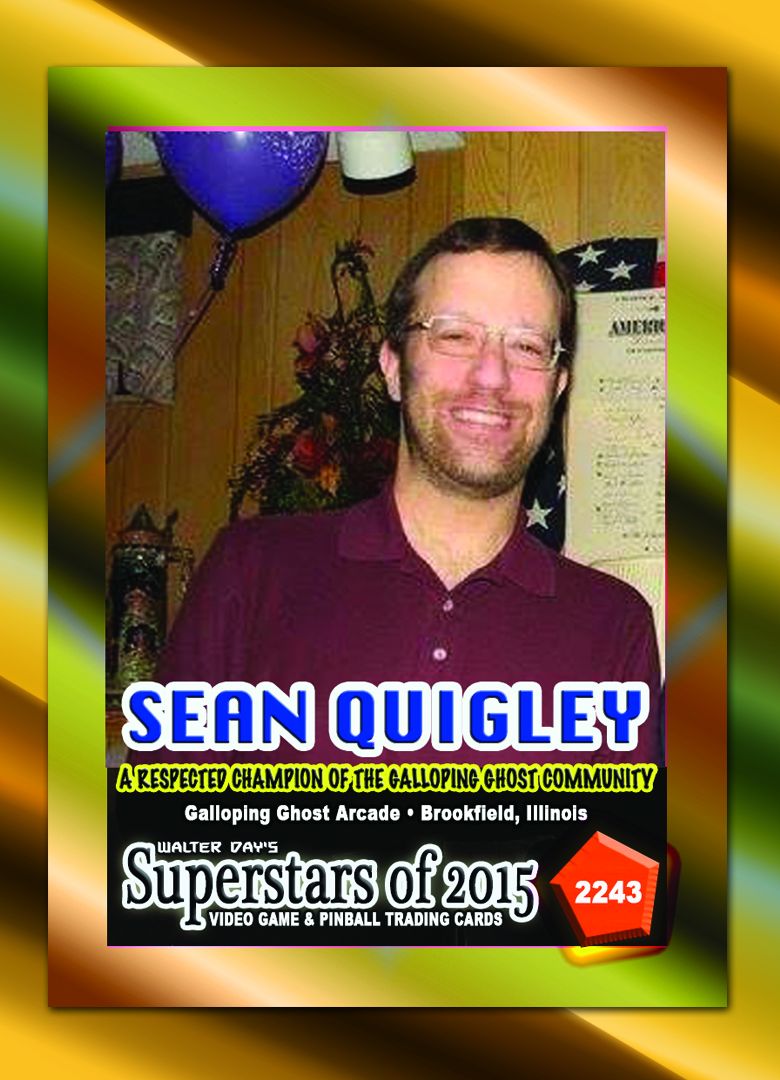 "The best thing about having Sean as a friend and member of the Galloping Ghost community is that I always was reminded of one important thing when talking to him: The people who we share these arcade games, food and time with are what's important.  Despite all of Sean's unfortunate health issues, he was here as much as he possibly could have. The individuals of this community meant so much to him, he made every effort to be around the arcade. He understood and reminded us that setting a high score might be good for a sense of accomplishment or recognition, none of that means anything without someone to share it with.  Sean's presence and positive attitude will be sorely missed here at the arcade."

"Sean came to the Galloping Ghost Arcade several years ago not only playing some of his favorite arcade games, despite what he was going through, his smile made everyone happy. His spirit will always be remembered at the GGA."

Sean had such an amazing impact on the arcade community and had an incredibly positive presence with him whenever he was at the arcade. While he loved playing arcade games, when he was there he really embraced and thrived on being part the community. He always wanted to share the arcade with his friends and did his best to make everyone in the community feel welcome. It meant a lot to him when he could bring others into the scene that meant so much to him. He had befriended so many people over the years and he will be sorely missed by everyone. He will always be remembered at the arcade and for all the positivity he brought with him.

"I remember the first time Sean met me at galloping ghost, which I think was around the opening, he was so happy to meet me!  He was so proud of me being card #1 and then eventually he got his own card!  Of course, I asked him to sign it for me. I walked into galloping ghost on 6/10/19 at opening happy to see Pete Hahn working the counter and I turned my head back to the left and there was Sean playing Spectre Files with his camera filming to his side and he was waving to me with a big smile on his face (he only saw my back or side view).  I did not see Sean in a long time.  so, I walked up to him, talked to him and watched him play.  He was telling me about his favorite scenes in the game and he was laughing at Brian Colin's secret characters.  later that day Sean got the world record of 55,853 for Brian Colin's game Spectre Files Deathstalker.  I think this turned out to be Sean's last day there.  I never knew Sean was sick.  So, all of this is a shock to me.  I will miss my friend."

"Sean Quigley is well known at Galloping Ghost Arcade for not only his kind and giving nature, but also his desire to improve in many games.  As one of the GGA's local champions, Sean is an expert player, holding local high scores in both Sega classic "Choplifter" and "Circus Charlie".  Sean is always helpful in introducing other to games he is familiar with around the arcade.  he was a great source of inspiration to other gamers and will always take time to talk with those at the arcade, introducing newcomers to all the regular players making everyone fell welcome at the arcade.  The local high-score community is often introduced to many games on Sean's recommendations He is a pioneer who is always trying out something new and will often be the first person to play a new game when it hits the floor.  His kind nature was truly making apparent when he picked up James, a traveling arcade enthusiast from Spain, from the airport and gave him a great tour of not only the arcade, but the local areas as well.  Sean, along with Daniel Pesina (Johnny Cage motion capture actor from Mortal Kombat), visited his friend Jon in the hospital before a heart transplant to wish him luck and a speedy recovery.  Countless examples like these reveal his giving nature. This can be witnessed anytime he was at Galloping Ghost Arcade or Underground Retrocade."