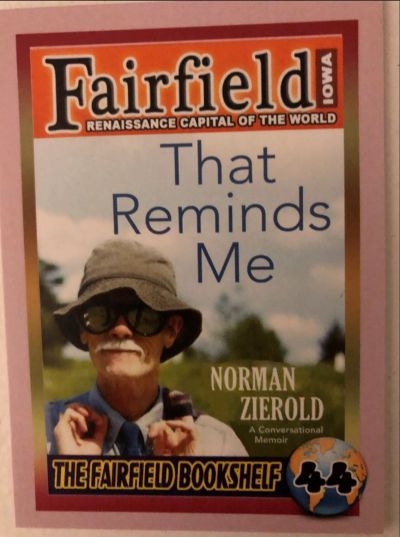 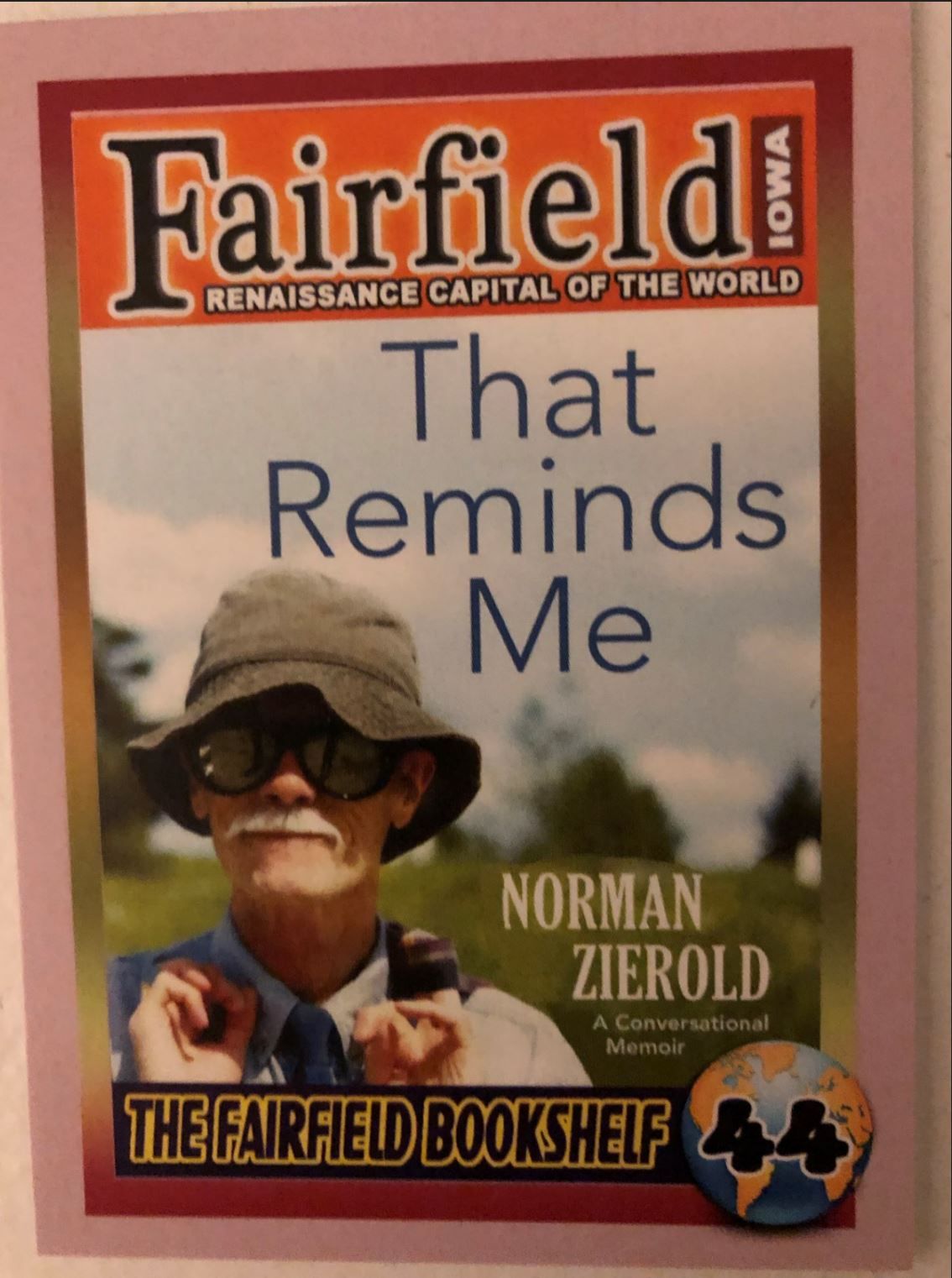 It was brought to my attention that sometime last year, Norman Zierold passed away at the age of 90.  This week I would like to remember him by displaying his Fairfield Trading Card that was created for him in 2015.

“That Reminds Me” is ‘A Conversational Memoir’ by Hollywood biographer and award-winning author Norman Zierold.  Rather than a chronology of his life, the author engages the reader in a conversational manner, relating various episodes from his life.  Norman started life in the Amana Colonies of Iowa.

After a stint in the Navy, he used the GI Bill of Rights to attend Harvard, where he graduated cum laude.  He then earned a graduate degree in English Literature at the at the University of Iowa.  While teaching English in France, one of his jobs was enjoying English conversations with his son of the President of France. They even invited him to watch the coronation of Queen Elizabeth II on TV at their personal residence.  Returning to the states, he became the editorial director of Theatre Arts Magazine.  Later, in Hollywood, he published several biographies:  The Child Stars, The Moguls: Hollywood’s Merchants of Myth, Garbo, Sex Goddesses of the Silent Screen, and two true-crime accounts, Little Charley Ross: The story of America’s first kidnapping for ransom, and Three Sisters in Black, which garnered a Special Edgar Allen Poe Award from the Mystery Writers of America.  In the course of his career, Norman met countless iconic celebrities, like Barbara Walters, Andy Warhol, Anthony Quinn, Mae West, Groucho Marx, Tennessee Williams, E.E. Cummings, Dylan Thomas, a president of France, the gifted composer Francis Poulenc, and TM founder Maharishi Mahesh Yogi.   In the early 70’s Norman Learned Transcendental Meditation, and found it so satisfying, he became a teacher and taught TM to hundreds of people.  Since 2002, he was living in Fairfield and worked in his retirement years as a part-time publicist in the communication office at Maharishi University of Management.