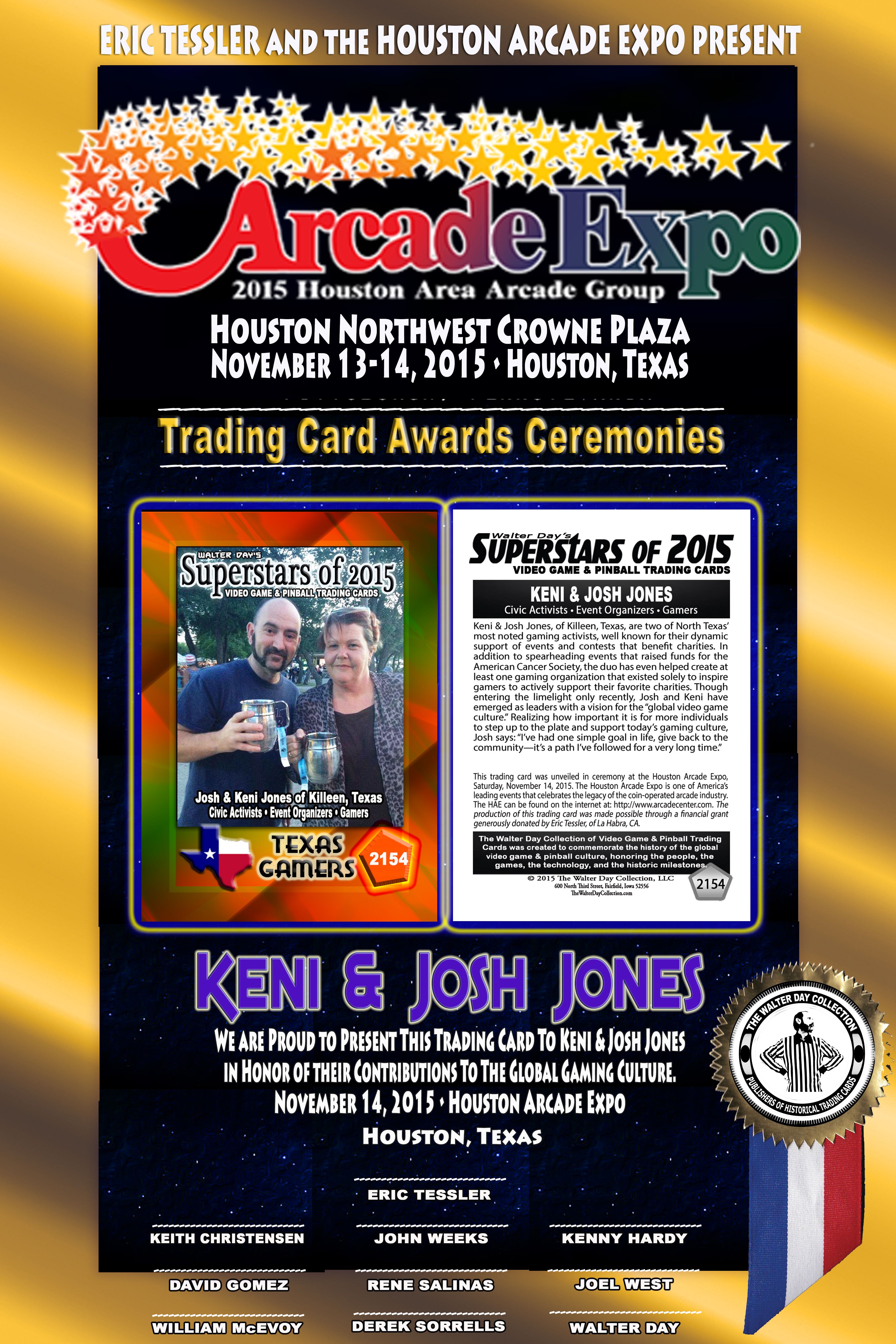 The Houston Arcade Expo—scheduled for the weekend of November 13-14, 2015—will be hosting a Trading Card Awards Ceremony that features cards for Mike Begum, Keni & Josh Jones, Shawne Vinson, William Higinbotham, Mike Wright, plus cards that commemorate the event itself. The cards were sponsored by Eric Tessler, of La Habra, California. The cards for Begum and Wright include hand-drawn illustrations from the pen of Dan Tearle, of Lichfield, U.K. Mr. Tearle is a noted sports artist whose work is well-known around the world. For more information on the Houston Arcade Expo, go to: www.arcadecenter.com. To learn more about our tradition of Awards Ceremonies, go to A Chronological History of the Trading Card Awards Ceremonies