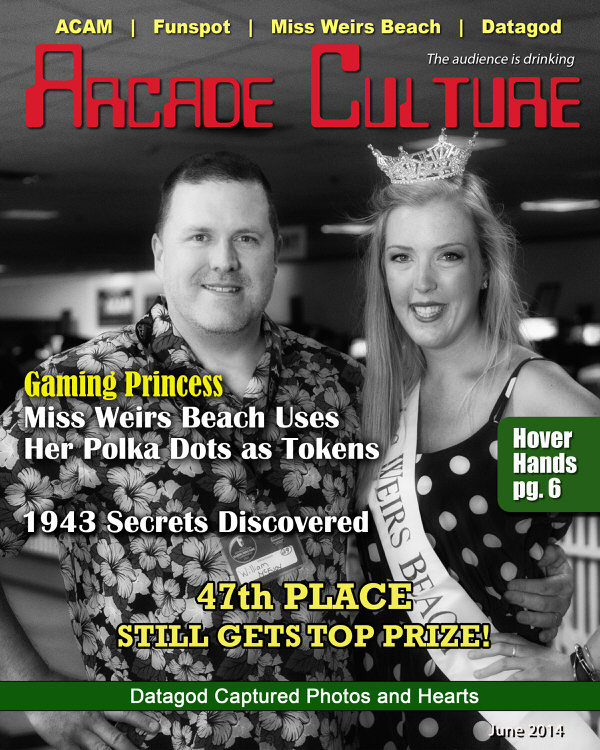 Written by Bill McEvoy on 06 April 2015. Posted in Events

I am a gamer and a photographer. I always bring my camera to tournaments. Here is a cover I did of me and Miss Weirs Beach. She was a lovely girl, handed out the trophies, played some games. In other words, it was a real treat to meet her.

Although I played my heart out at the tournament, I came in 47th place. The other folk there are just so much better than me. But we all have strengths and weaknesses. I might not be able to rescue the humans as they free fall to the surface in Stargate, but I sure can capture people's emotions, doing what they do best.

I also get to replay the tournament over and over, by looking through the hundreds of photos I took. I will be creating a collage to commemorate the tournament, and bringing it back to the museum when I return in July.

This is the first cover I have created after the tournament, many more to follow. You will notice that I don't do "hover hands". If you have a woman at your side, grab on. She won't run away, at least not until after the shot is taken. :)