"The first Game I ever worked on was DISCS OF TRON, which was the first, and best, attempt to create a "real" 3D environment on sprite-based arcade hardware. Discs of Tron let players shoot killer Frisbees at a CPU opponent. The game was presented in an "environmental" cabinet that completely engulfed the player, featured a half-silvered mirror effect that allowed the characters to seemingly float in midair. Flipping Frisbees from floating platforms while dodging discs that bounce off of invisible walls may sound a bit overwhelming, but Discs of Tron was a highly addictive, immersive game of skill. With virtually nothing to compare it to, the game is a classic in a class by itself."

"Creating "more realistic" animation sequences for the DISCS OF TRON character was my very first task in the industry. The Game was far more ambitious and unique that what I'd previously thought possible; I immediately realized that I had greatly underestimated the scope and potential of what video games could do. I was hooked; I knew that despite the severe limitations of the hardware at that time, I could do anything I put my mind to."

"Apart from the size, scope and budgets? …Same as it ever was. Lots of developers simply copying whatever is currently popular, and others creative designers willing to take on the risk of trying something new."

Ha! No such thing when I was younger… I've been doing this for over 35 years, remember.

Social media posts, of course. Not aware of any other…

Galloping Ghost Arcade, when Walter was kind enough to present me with my fist card.

What is your favorite game you have worked on in your career?

RAMPAGE is the game I'm proudest of, for a lot of reasons; primarily because I wouldn't take "No" for an answer and got the game produced despite resistance from middle management. Of course, the fact that the game went on to break all previous Arcade earnings records and is still loved by millions doesn't hurt. Here is a recent video about the making of Rampage from ARCADE HOLLYWOOD  https://www.youtube.com/watch?v=0Wwo_VYr5ZU

But the honest truth is: nearly EVERY game I've ever created has been fun to work on, and many are "favorites" for different reasons. PIGSKIN 621AD is my favorite 'Head-to-Head' arcade game to play in the arcade, GENERAL CHAOS is my favorite Real-Time-Wargame, and even my little-known PC/LAN game ARCTIC STUD POKER RUN is my favorite "heavily-armed-snowmobile-racing-full-contact-poker-deathmatch-battlegame".

Do you prefer Arcade or Console gaming and why?

Arcade - It's more social, in the real sense of the word, because it gets you out of your house and lets you interact with new people.

Well, now that RAMPAGE the Movie is coming out, I guess I have to say that I think it's wonderful when Hollywood turns classic games into motion pictures. I'm really very excited about the project; we have some friends who, by an amazing coincidence happen to be working on the film, and we're going down to visit them next month. (That’s why I made the RAMPAGE FILM CREW tee shirts ;) …also available at the Game Refuge Facebook page https://www.facebook.com/GameRefuge/  ) 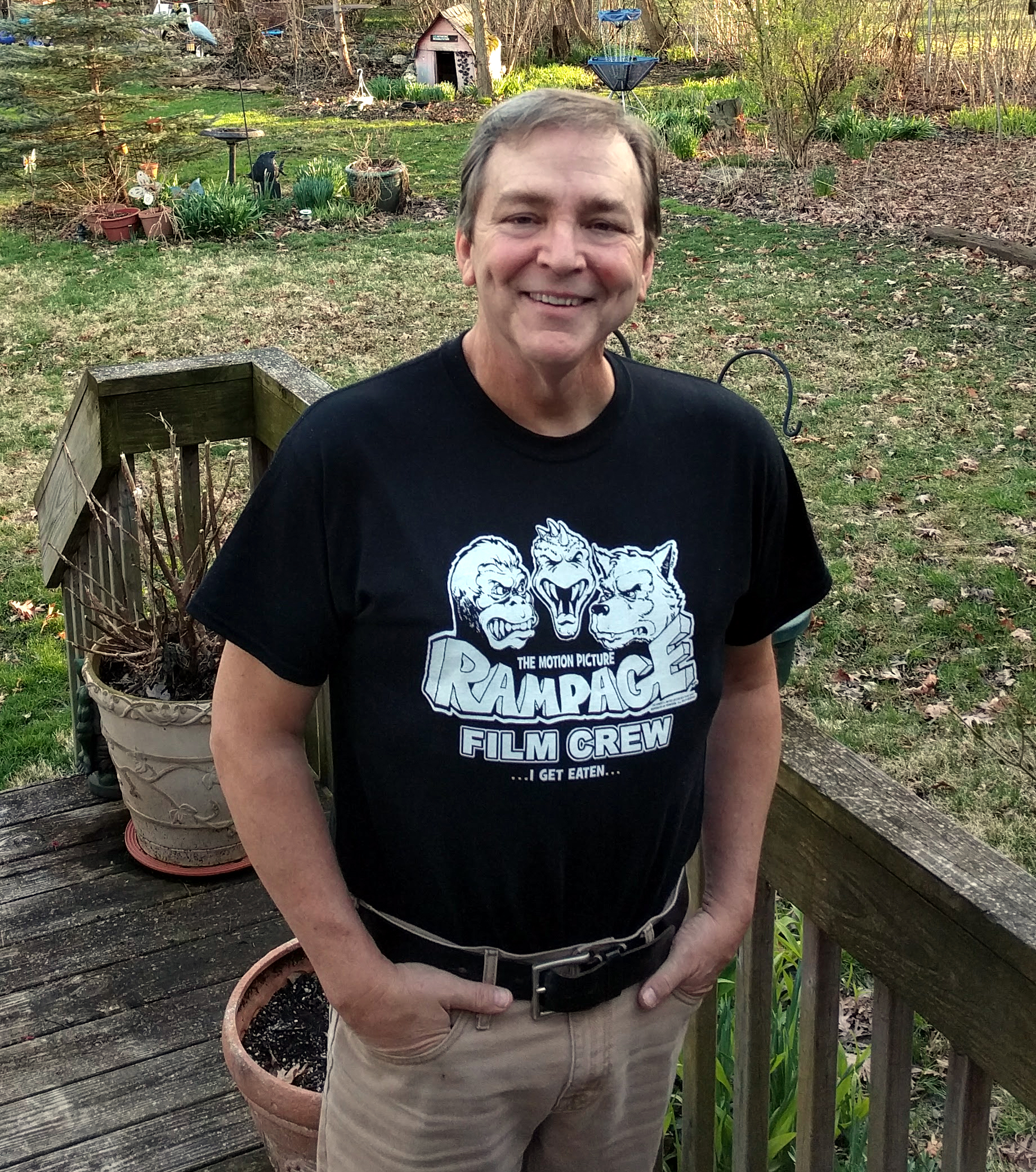 GEORGE from RAMPAGE.  I was the Human version of George in the Arcade Game., my wife was Lizzy, and programmer Jeff Nauman was Ralph. (see attached photos) …And to make it even better, GEORGE is THE ROCK's "best friend" in the upcoming movie; so I guess that means that Dwayne Johnson is playing my new best friend!

Still making video games …. CEO of Game Refuge Inc. To see just some of the nearly 90 games I've worked on over the past 35 years,  http://www.gamerefuge.com/alongtheway.html

Don't ask me… I predicted "Beta over VHS", "Cable TV will never work because who needs more than 5-6 channels?" and "The Internet is a fad". 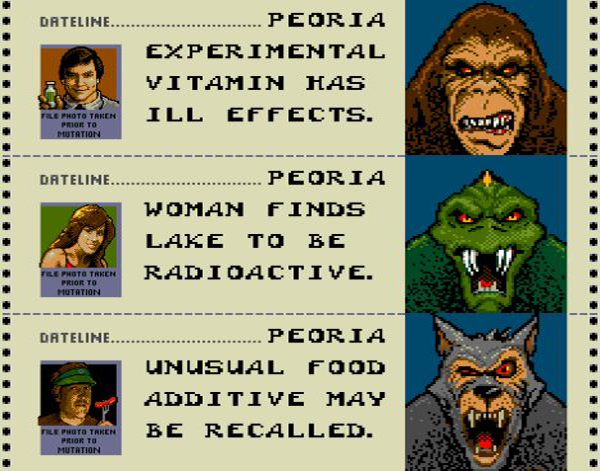